My grandfather was an avid enthusiast of curling. He was a former president of the Royal Montreal Curling Club, and some days ago an old friend from the club called to see if he could pick up some regalia that belonged to the club, which is still in this apartment.

In my conversation with him I explained that part of the reason I came to Montreal was to know him better, we were barely in touch since I lived in Mexico. He said we should meet up. After a couple of days, he invited me to a curling event and lunch, which would happen at the curling club.

My grandfather's friend was to pick me up at the apartment to take me there, and when I got in the car I filled in a couple of details of my stay. "You know", he said "John was a secretive... Well, not secretive, but private about his personal life". Here was a fellow who had known him for years, yet knew very little about him outside the realm of curling.

I dwelled on his words, and interpreted the statement as a want to keep things non-personal, respecting to grandpa's own character. But also that my grandfather was completely concealing his private life. His friend inquired about his children--my father and his siblings, and I kept things on the surface. 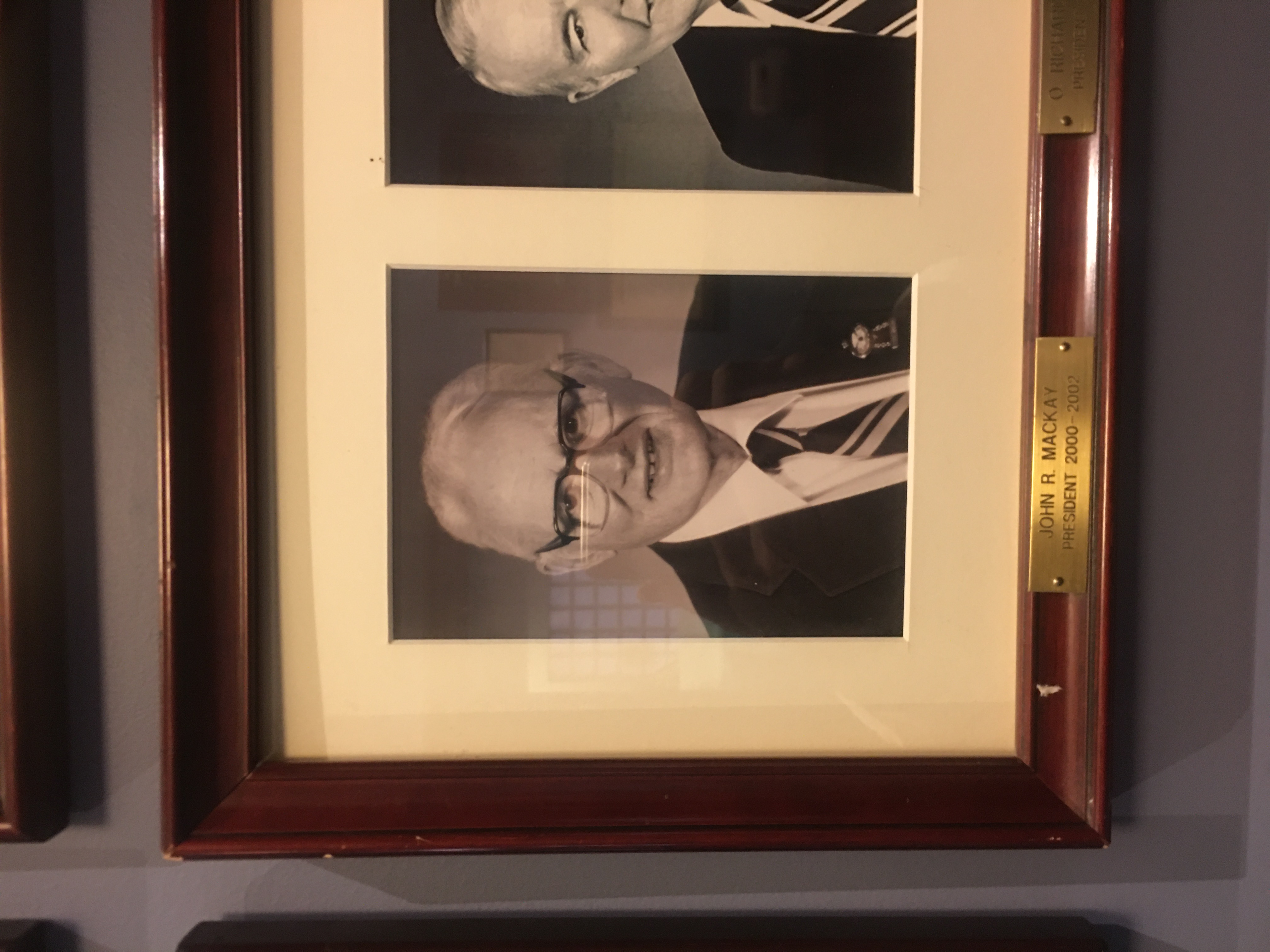 At the curling club I found a picture of him on the wall. People would say the same thing I was told at the residence: "we was a gentleman, a man of few words". A lady approached me and said "he was the nicest man, very humble, he would never speak about himself". An older gentleman said he had been very good friends with my grandfather "he was one of the best curlers in Montreal" he said "do you have any stories about him?" I asked? He tried to recollect "only curling stories", he answered.

It is strange, I think I'm knowing my grandfather intimately through the interaction I have with his spouse. In essence, I'm knowing him because I'm reenacting him, by following into his same pattern. Christine would throw tantrums and he would concede on the surface, but then get his way behind her back. As the pieces fall together, I come to understand that my duty will be to break the pattern. This period is one of understanding, the period of change will come afterwards.

Stream of despair After despair, hope